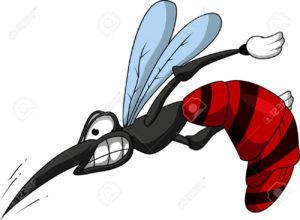 Malaria is one of the most common disease in the medical field which can be found in most parts of the world. In simple term Malaria is a disease caused by the bite of mosquito. This disease mostly affects the humans in the monsoon season. It is a mosquito-borne infectious disease which infects red blood cells in the human body.

Malaria one of the deadly disease is commonly found in all over the world but major target areas are South America, Asian Sub continental and Africa. According to WHO reports in the year of 2017 there are approximately 500 million malaria cases are found in which three million people are killed. This mosquito borne disease is transmitted to humans when an infected Anopheles mosquito bites a person and injects the malaria parasites into the blood.

Origin of Malaria
From Mosquito

Fact file and Info on Malaria

* Malaria was first identified in 1880 as a disease caused by parasitic infection.

* The name of the disease comes from the Italian word mal’aria, meaning “bad air”.

* Malaria is transmitted to humans through bites by infected mosquitoes.

* The most common time for these mosquitoes to be active is between dusk and dawn.

* According to the reports in the year of 2017 there are approximately 500 million malaria cases are found in which three million people are killed.

* Malaria occurs mostly in poor, tropical and subtropical areas of the world. Some of the most effected area are South America, South Asia and Indian sub continental.

* Malaria was eliminated from the USA in the early 1950s.

* Till this time no Malaria vaccine is available.