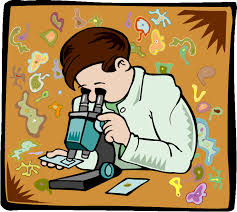 A Biopsy is a medical test which is mostly used in the medical field to diagnosis diseases mostly concerns to cancers and brain tumors.

In common term Biopsy is a medical test in which cells or tissues are removed from the body for used in the examination. Biopsy is a combination of the two Greek words, Bio and Opsia which means life and see.

In medical term Biopsy means see the life by remove the tissue from a living object to test the existence of a disease. By using Biopsy test a surgeon analyze the existence of cancers in a person body.

* Biopsy is a test which is used in the medical field.
* It’s a specialized test conducted by surgeon to find the disease.
* In Biopsy tissue are removed from the living objects for testing purpose.
* Biopsy is helpful to determine the presence or extent of a disease.
* In Biopsy two terms are important – One is microscope and other is pathologist.
* Biopsy is generally used for examination of diseases like Brain tumor and cancer.

* Incision Biopsy
This type of Biopsy is known as Core Biopsy. In this type of test only a sample of tissue is removed.

* Needle Aspiration Biopsy
In this type of Biopsy sample of tissue or fluid is removed with the help of needle.